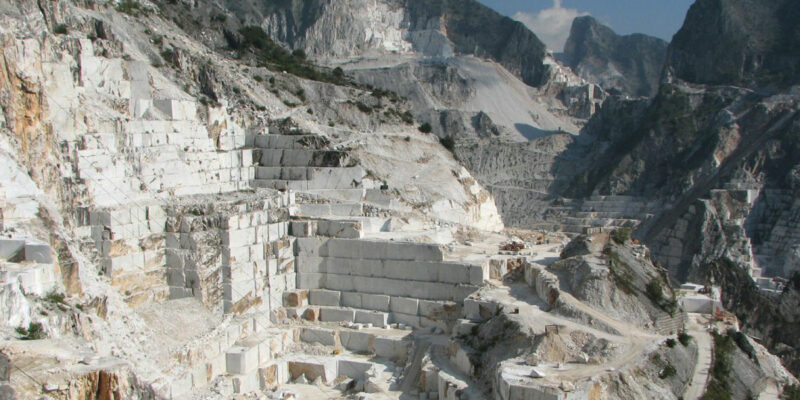 Carrara marble is famous all over the world for its intrinsic characteristics which have allowed the creation of great works of art, historical monuments and buildings of great importance. Among the artists who were most fascinated by the beauty of white carrara marble, it is necessary to mention Michelangelo, who used to go to the Apuan Alps (where Carrara marble slabs are extracted), to choose the best material to sculpt. Thanks to the presence of Carrara marble, many sculptures have been made such as the David and the Pietà by Michelangelo, as well as many other works of art created by the equally famous Bernini, Canova and Donatello.

Despite what many people think, italian Carrara marble is not just a white colored stone: the white one is surely its best known variety but, actually, it can be of different shades and there are several types of Carrara marble. So, what is carrara marble?
The term “Carrara marble” refers to the various types of marble that are extracted in the quarries located in the mountain area of Carrara.
In fact, in the Carrara marble quarries located in the Apuan Alps, many types of marble are extracted, which are distinguished by particular color shades and veins that make these stones unique in their kind.
Having discovered where is Carrara marble from, let us now focus on the different existing varieties of this stone.
Among the various types of Carrera marble we find bianco carrara marble, Statuario marble, Venato marble, Arabescato marble, Calacatta marble, Bardiglio marble and Cipollino Zebrino marble.

As previously said, among the various types, the most famous is precisely the white carrara marble, which is characterized by three different varieties that have the unique characteristic of having a pearly white background with intrusions and grayer points in some parts that may be more or less evident. This allows us to obtain the first great distinction between the carrara marble white varieties, where it is possible to find the white Carrara, the Statuario and the Calacatta.

White Carrara marble is in turn classified in other variants, based on the white point and other characteristics. For example, “Bianco C” and “Bianco CD” are defined as two types of bianco Carrara marble which have respectively a whiter and a slightly grayer background.

The typical characteristic of white Carrara marble slab is the thin, homogeneous and compact grain, which has a high quantity of calcium carbonate and a low refractive index. This last element allows the stone to have a special shine that can give great brightness to the rooms and spaces where it is inserted: for this reason carrara marble bathroom is one of the most chosen solution in order to obtain a bright and elegant room as well as practical for cleaning. 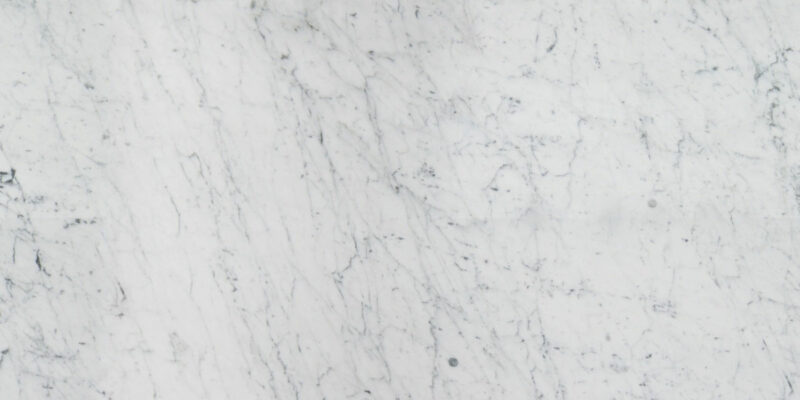 Statuario marble, also known as “Statuary”, has been used since ancient times for the creation of valuable works and sculptures thanks to its compactness and uniform white background, which sometimes has light gray or ivory veins. Statuario carrara marble is a first choice stone, present on the market in limited quantities, with one of the highest carrara marble prices, and therefore highly sought after for luxury homes. Depending on the type of grain present in the stone, this slab of carrara marble is distinguished in Statuario Venato and Statuario Extra which differ in the thickness of the veins.

Calacatta marble is another variation of white Carrara marble that looks like a refined stone thanks to the many intrinsic natural shades. The main characteristics of Calacatta marble are the fine grain, the warm white background and the shaded gray veins. This carrara marble from italy can also reach other shades, such as those tending to a soft green (e.g. Calacatta Caldia) or to a strong purple (e.g. Calacatta Viola).

Calacatta marble is not extracted only in the Carrara marble quarries but also in other sites of the Apuan Alps and, precisely for this reason, there are many varieties, distinguished according to the background color and veins (different characteristics are found in different extraction areas).
In particular, the varieties are the extra gold Calacatta Vagli which stands out for its golden veins, the Calacatta Viola, which has a white background with purple and violet veins, the Calacatta Luccicoso, with delicate gray and golden veins on a white background and the Calacatta Borghini whose veins range from dove-gray to gold.

Bardiglio marble is another type of stone with a compact appearance and a very fine grain that is extracted in the Carrara marble quarry and has a predominantly dark gray background color. Bardiglio from Carrara has a series of thin veins of the most varied shades of gray, from dark to light, as well as some small white streaks. Among the Bardiglio marbles there are several varieties, the best known is the Bardiglio Nuvolato whose predominant gray color blends with blue. This type of stone is often used for the construction of carrara marble floors, carrara marble shower and walls capable of giving a touch of elegance to the room. 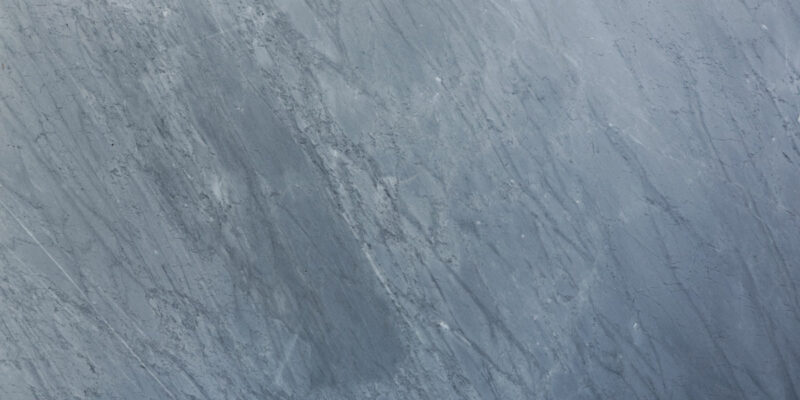 Massa Carrara marble is well known all over the world and, as written in the previous paragraphs, it has been one of the favorite materials of famous artists and historians. The marble extracted in Carrara, in particular from the carrara marble quarries of the Apuan Alps, is known as one of the most precious marbles, used for the creation of sculptures and monuments that still attract millions of visitors today.
The Carrara marble quarries were used since ancient times, particularly during the Iron Age for the construction of necropolis, as attested by the marble fragments found by archaeologists.
Although the Carrera marble quarries were already exploited during the Iron Age, it was only in the Roman era that the mining activity really began. Moreover, Romans began to export precisely because of the material robustness which allowed the construction of buildings, public constructions of the Roman Empire, as well as numerous patrician residences.
In the Apuan Alps there are very ancient quarries, including those present in the Torano and Colonnata basins, of which not much remains because over time they have been destroyed.
Due to the barbarian invasions, the extraction of Carrara marble was momentarily interrupted and then resumed with an even greater diffusion during Christianity. 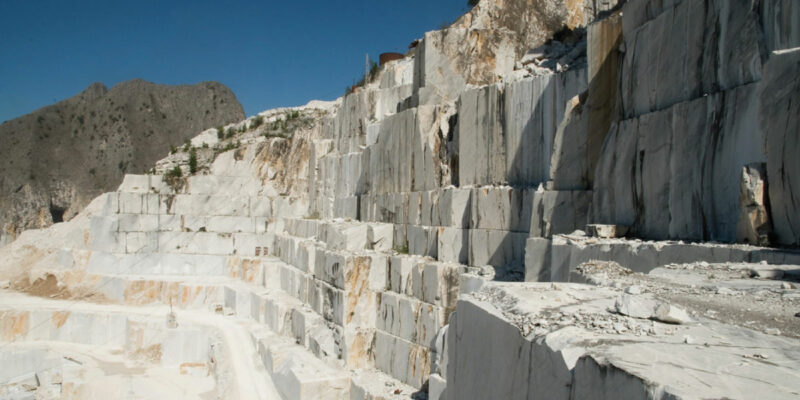 This allowed the construction of religious buildings in many parts of Italy. In fact, marble was used not only for the external parts but also for the interior furnishings, when people began to give value to the material and aesthetics. It was not at all strange to see bathrooms with Carrara marble as well as to find Carrara marble in kitchen.
In the Renaissance period, marble was used by artists such as Michelangelo and Donatello while the twentieth century saw a wide use of Carrara marble in the Fascist period at the request of Mussolini who chose marble for the realization of monumental works in the capital.
To date, marble is back in vogue, not only for the robustness of the material that is suitable for use in outdoor areas, but also for the charm it transmits, given by an intrinsic brilliance capable of making any building shine. The ductility of marble also makes the stone perfect for the creation of interior coverings and elements of the house as furnishing accessories.
Carrara marble floor tiles, for instance, are increasingly common. This magnificent stone is always more present even in the kitchen and among the most popular choices of Customers there are certainly Carrara marble countertops and a Carrara marble backsplash. 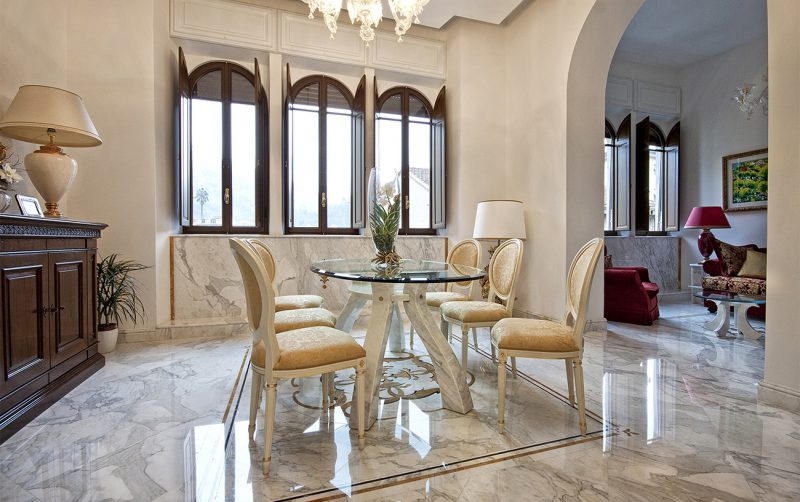 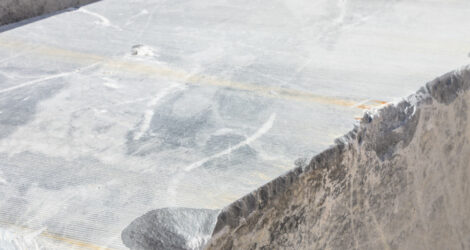 Marble price: how much is marble?

This wants to be a free marble price guide to help you better define the marble slab prices and costs. There are many factors that affect the marble price and some of these factors can significantly c[...] 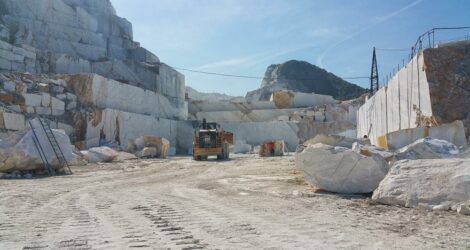 Carrara Marble Quarry: how to visit the quarries by yourself or with guided tours 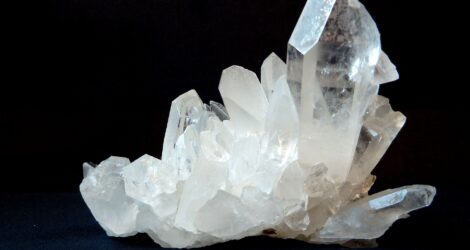